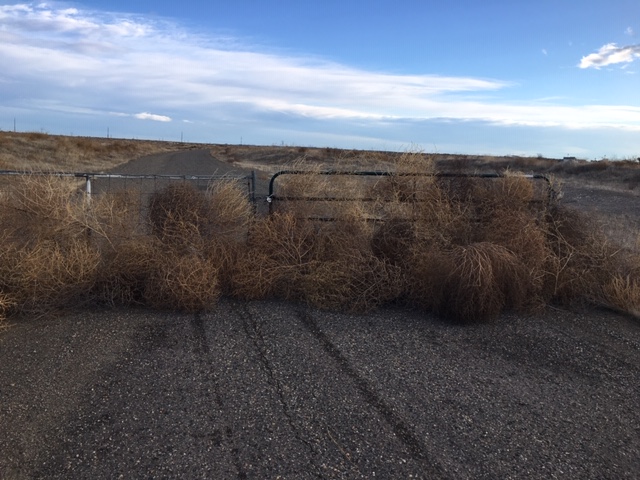 New Years Day 2020 brought sun shine and wind, neither of which stopped the 25 or more club members, wives and visitors that showed up to support the event.

On arrival at the site, the tumble weeds had gathered in protest of the day’s events, but Charles and I were able to overcome them and get the gates opened.

Flying was a bit of a challenge, with the winds, but this did not stop the many club members that brought planes to fly. There were a couple of nay sayers, who did not bring their planes, saying “they though it would be too windy”.

One or two small mishaps added some extra challenge to the day, with one mid air collision and an uncontrolled landing some what short of the runway.