This years recipient of the Clyde CrashCup Award goes to R. Scott Page for his valiant efforts in flight while performing high speed passes along the runway, at the astound of the on lookers trying to keep an eye on the plane as Scott skillfully made many passes.  All successful until the ornery pole that support the wind sock had another idea.  During one of the passes, the crowd barely keeping sight of the plane, only heard the noise as the  wind sock supporting pole, leaned out and closed the door on the flight.  The picture below tell the rest of the story. 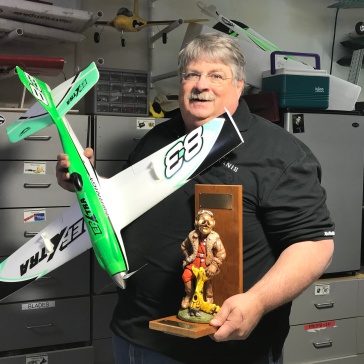 Past recipients of the coveted award: